Benefits Of Removing Galvanised Pipes In Your Home

BANG! That’s the sound of one of your galvanised water pipes bursting, pouring both water and your money down the drain!

Galvanised pipes were all the rage back in the 60s (especially in Brisbane), and most older style homes still have them today. Galvanised pipes are pipes that have been dipped in a protective zinc coating to prevent corrosion and rust. While this was seen as revolutionary 60 years ago, these days we have learnt that this protective coating only worked for a short period of time before it succumbs to rust and begins to corrode.

How can I tell if I have galvanised pipes?

There are two sure ways to tell if you have galvanised pipes. First, is by simply looking at them (most water pipes are found under the house). Galvanised pipes have a similar colour to that of a 10c piece, but over time they become a faint, rusted brown colour. There are times where people paint the pipes during a renovation, so detecting a galvanised pipe by sight might be tricky at times.
If you can’t tell if you have galvanised pipes by sight, a simple test can easily detect them. All you need is a flathead screwdriver and a magnet. Scratch the outside of the pipe with the screwdriver and see if the magnet sticks. The three common materials used for household piping are plastic, copper, and galvanised steel. The magnet will not stick to a copper or plastic pipe, but it will most definitely stick to galvanised steel.

Why are galvanised steel pipes a problem?

Galvanised steel has become a real problem over the last decade. As stated above, galvanised steel pipes were once dipped in zinc to protect them from rust and corrosion, but given naturally occurring zinc is impure, lead and other additives were added to the mix to improve the coating. The issue is that over time, the lead within the mixture begins to flake, causing these particles to fall off into the water supply that could potentially be consumed. This can lead to some major health issues if the lead-laced drinking water was consumed on a regular basis.
Apart from the health issues that can come from having galvanised pipes, there are a number of issues that can arise that can affect both your home and your hip pocket. 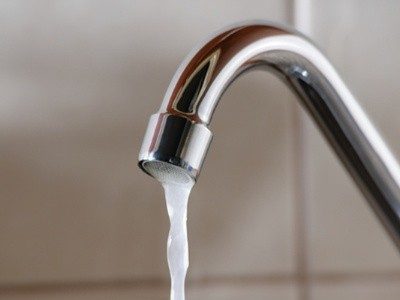 While low water pressure doesn’t directly affect your bill, it can become annoying. A nice, hot shower can be as relaxing as it gets, but if the water pressure is poor, it can just feel like you are standing under a tap.

Low water pressure can happen from the corrosion in the galvanised pipes as the stream of water can’t travel as fast as it once did. 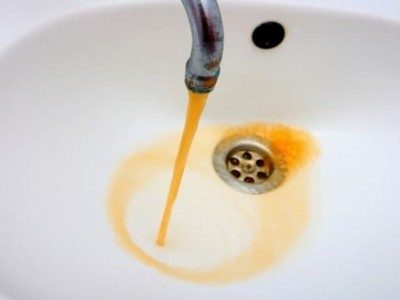 Given the fact that rust can form inside galvanised pipes and release iron, the potential for some water discolouration is high. A clear indicator that your pipes have seen better days is a light brown stain on your sink. 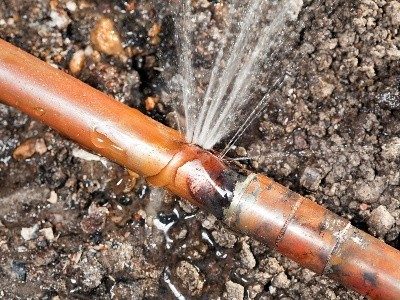 The one thing that will cause you a major headache when it comes to galvanised pipes is if they get a leak or a crack. This is extremely common, especially in older style homes, as the pipes would have been laid over 50 years ago. The corrosion would have been continuous over time and then eventually the pipe would crack and start to leak. If this isn’t fixed quickly, then the crack will get worse and what you have on your hands is a burst water pipe and a very expensive bill, not only for your water system but potentially to the foundation of your home depending on how much damage the water leak causes.

I have found I have galvanised steel pipes. What should I do?

If you have discovered that you have galvanised steel pipes in your home, the best course of action is to get them replaced before that becomes a big problem. The team here at S&J Plumbing and Gasfitting are experts in pipe replacement, using the latest technology to map the pipework and devise a plan that will not only save you money in the long run, but also replace the pipes with minimal impact to your day-to-day life.

Left the replacement a little too late and have a burst water pipe? Our team is available 24 hours a day to ensure that your plumbing emergency is seen to straight away. Call us today!

Is it Legal to do Your Own Plumbing

Is it Legal to do Your Own Plumbing

How To Find Plumbing Plans for Your House